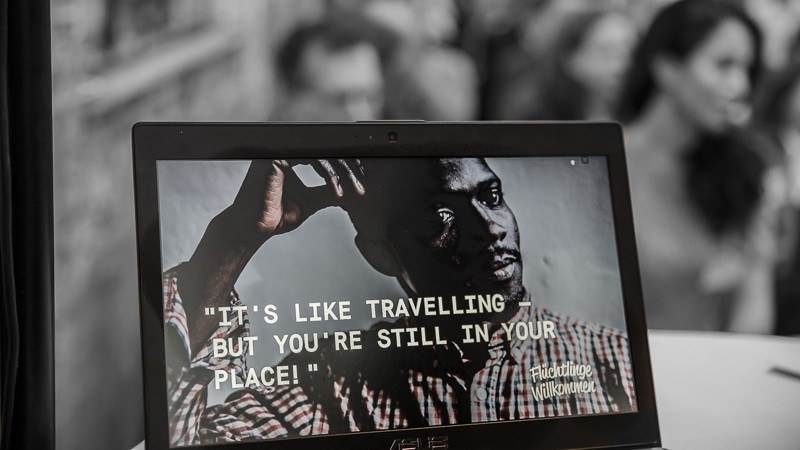 How do I photograph integration? By allowing me to photograph the German Integration Award of the non-profit Hertie Foundation in Frankfurt.

Diversity determines my life and therefore the documentation of the Integration Award, donated by the Hertie Foundation, was a special assignment for me. My children are growing up bilingual, German-Spanish, and have Mexican roots.

Refugees who have come to Germany also develop ideas and get involved in projects. They are now receiving support from the Hertie Foundation, which announced the German Integration Award and held it for the first time in Frankfurt at Klassikstadt.

After a pre-selection process, 40 integration projects had the opportunity to solicit supporters on the crowdfunding platform Startnext from over 250 applications. More than 16,300 people supported the ideas, and together with foundation funding, more than 714,000 euros were raised. With this funding, the projects were able to implement their ideas. The best eight then presented their successes to the jury in the final. 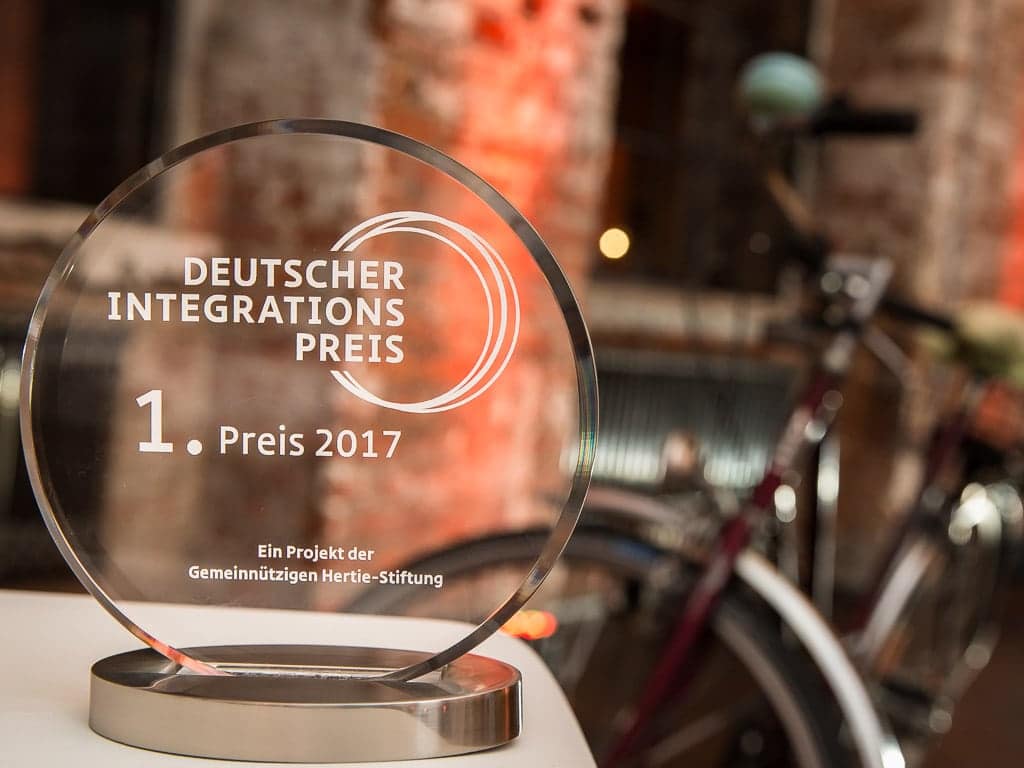 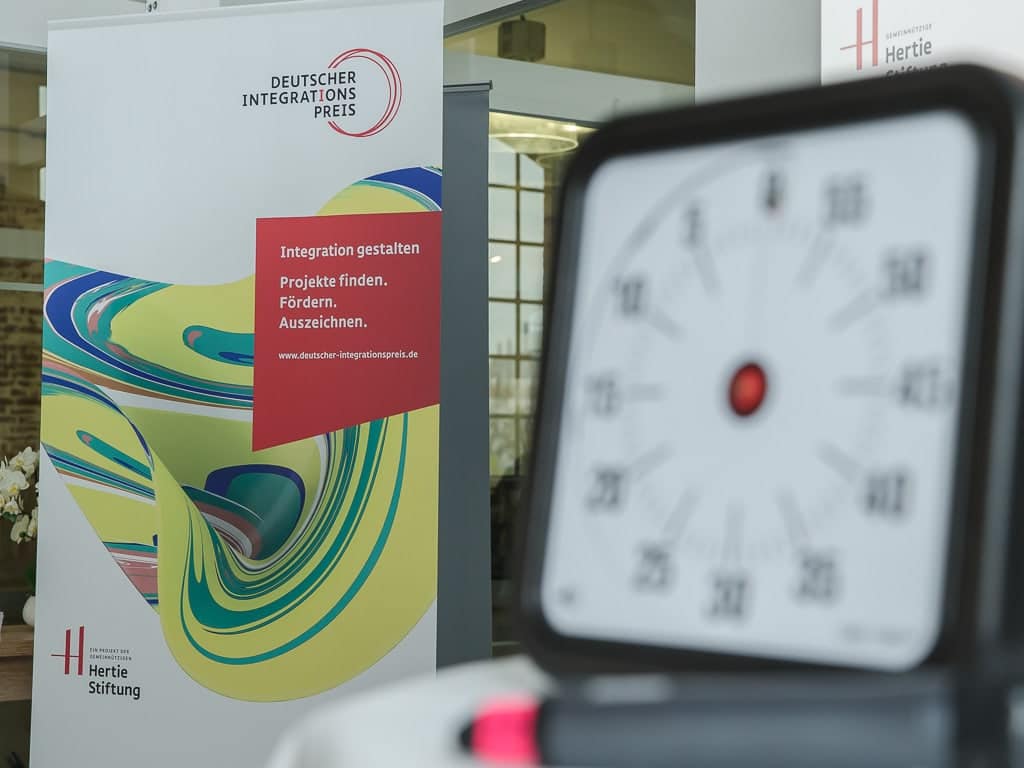 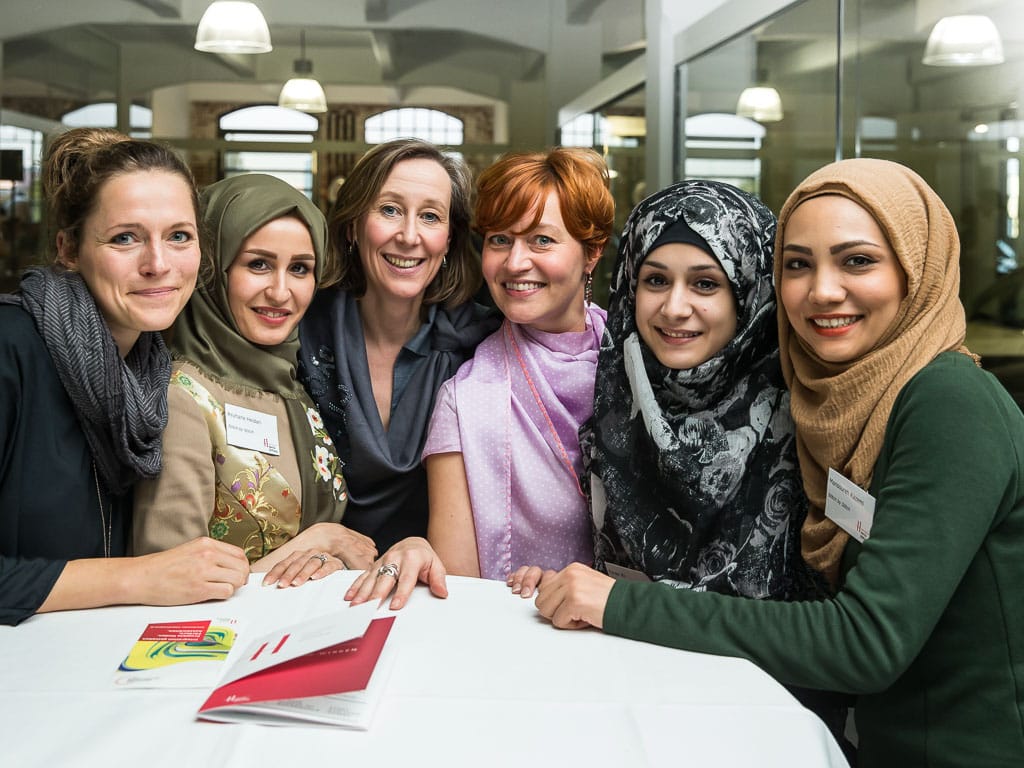 From Frankfurt, Stitch by Stitch with Nicole von Alevensleben and Claudia Frick, among others, during the break after the first pitch.

Presentation with the bike of Clara Speidel for Bike Bridge, which later became the overall winner 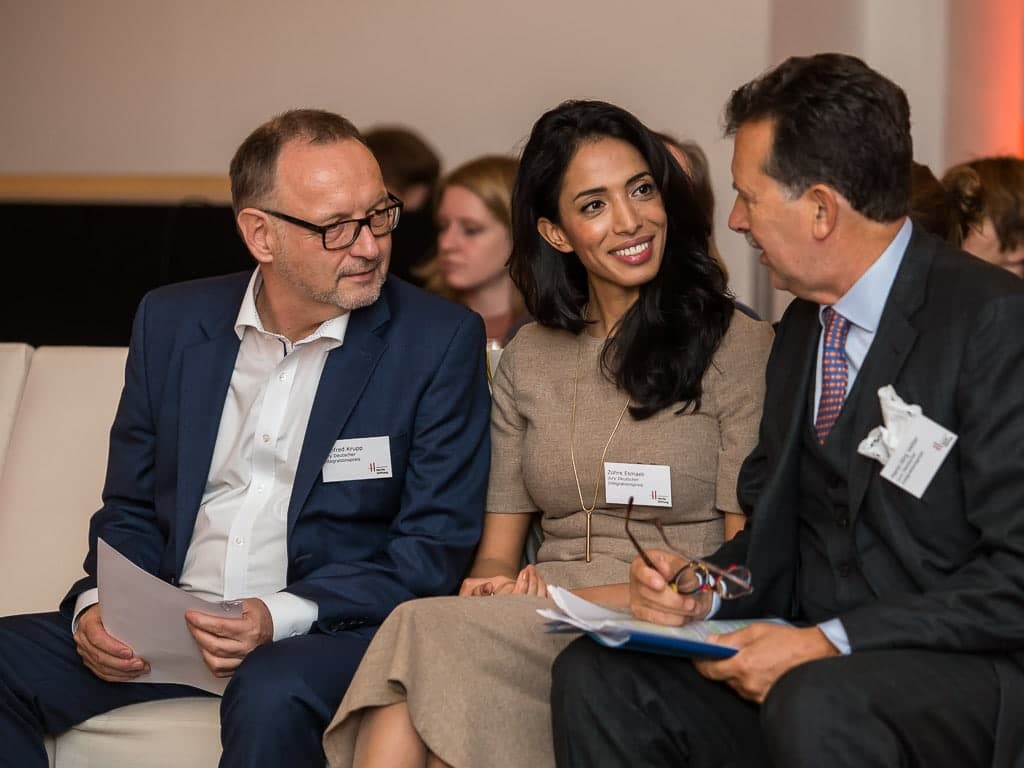 Jury member in the middle, Ms. Zohre Esmaeli in conversation on the left with Manfred Krupp (Intendant of Hessischer Rundfunk) and Mr. Hans-Jörg Vetter (Hertie Foundation) 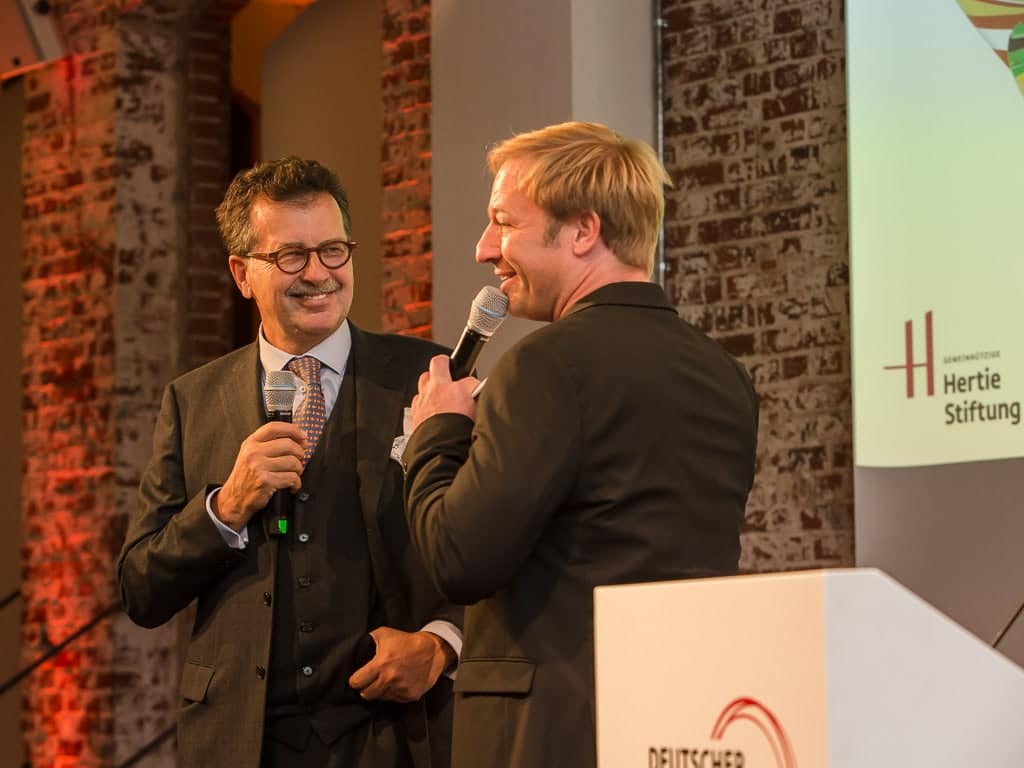 Prof. Dr. Maria Böhmer also members of the Hertie Foundation honors all projects at the end of the event

The award consists of two parts: The funding and the award. Funding is provided through a combination of crowdfunding contests and foundation grants. A jury then selects the winners of the integration award from among the successful contest projects.
The winners of the German Integration Award of the Hertie Foundation were:
Bike Bridge, ZuBaKa and “Refugees Welcome

Bike Bridge
Bike Bridge dedicated itself to the integration of refugee women by offering cycling courses and recreational destinations. The women not only become mobile, but experience participation in society. But also vice versa, the trainers have the opportunity to get to know the cultures of the refugee women, so that a mutual exchange takes place at eye level. The concept of Bike Bridge also transferable to other regions.

Being a father of two myself, it was very exciting to learn about the concepts that have been implemented here at Frankfurt`s schools. Second prize was €30,000 and went to ZuBaKa from Frankfurt am Main. Young newcomers get a good start in the education system by working out an individual integration concept with the schools.

Anne Meister presents the ZuBaKa project. With a small team, it promotes the integration of young migrants at Frankfurt schools.

Refugees Welcome
Third place and 20,000 euros were awarded to the Berlin project “Refugees Welcome,” which brings together housing providers and refugees throughout Germany to enable them to live together in private.