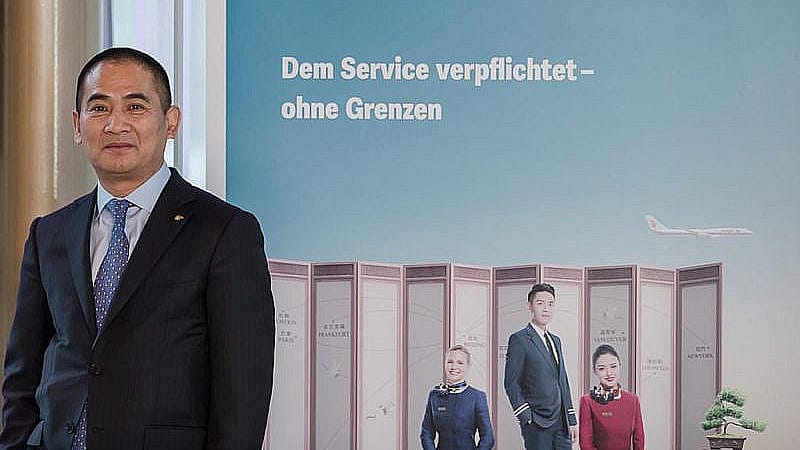 On Nov. 19, 2018, a press conference was held in Frankfurt by Chinese airline Air China, which also announced the launch of its “Land your Dream” campaign. In Frankfurt, in addition to press photos, I also captured the press conference in documentary form. The client was the agency burson cohn & wolfe

As China’s largest airline and a Star Alliance member, Air China connects travelers from around the world with first-class services, comfort and authentic in-flight experiences. As the longest-operating Chinese airline, Air China also forms a bridge between Germany and China, embedded in a network that spans a total of six continents.

The central component of the campaign, which was also shown once again to journalists in Frankfurt, is a TV spot that will be broadcast from November 1 and supported by out-of-home ads and digital campaigns. The emotional 2:40-minute film, which is also available in two 30-second cut-downs, shows the dynamism of the economy, the wonder of tourism and the lives of the people in contemporary China. In addition, the campaign is supported by PR and social media measures as well as influencer marketing.

About Air China:
Air China Limited (Air China) is the national airline of China and a leading provider of passenger, air cargo and airline services and products in China. The company’s operational headquarters are located in Beijing, a major domestic and international hub in China. Air China provides airline-related services, including aircraft maintenance and ground handling services in Beijing, Chengdu and other locations. As of August 2018, Air China had a fleet of 590 passenger aircraft and freighters, mainly Boeing and Airbus. Included are the fleets of airlines in which Air China holds a majority stake. Air China operates 436 routes, including 110 international routes, 16 regional routes and 310 domestic routes. Air China serves 188 cities in 42 countries and regions, including 69 international cities and 116 domestic cities. Due to its extensive route network, its hub in Beijing, and especially after joining the Star Alliance, Air China can fly passengers to 1,317 airports in 193 countries.
As one of the largest Chinese airlines, Air China opened the Beijing – Frankfurt route in the 1980s and now offers two flights per day on this route. Air China operates several direct flights from Beijing, Shanghai, Chengdu and Shenzhen to Frankfurt, Munich and Dusseldorf, offering a safe and comfortable service to both German and Chinese tourists. In total, Air China offers 40 round-trip flights per week between China and Germany. From December 1, the Shanghai – Frankfurt route will be served by the brand new A350. In addition, the fleet includes two of the most modern widebody aircraft, the 787-9 and the 777-300ER.